All about influenza vaccination. 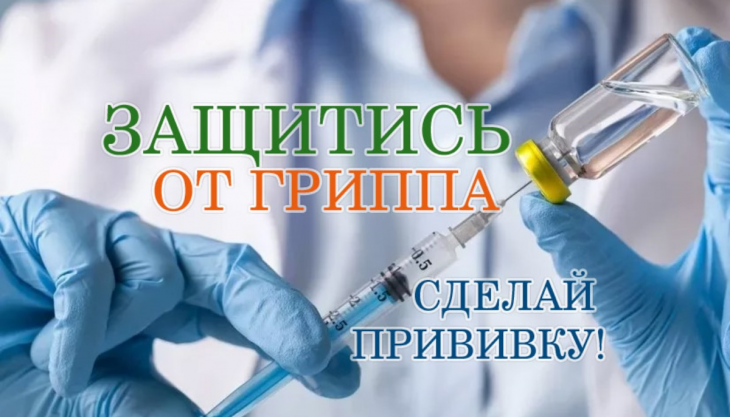 All about influenza vaccination.

With the onset of cold weather and wet weather, a person needs help from microorganisms that attack us from the beginning of autumn to late spring. Now is the time to take action to protect yourself from the flu.

Today, one of the methods proposed by doctors to combat the virus is vaccination. Should you get the flu shot? Who is it shown to? Who should refrain from this injection? How to choose the right protection and what precautions should be taken before and after vaccination?

How does the flu vaccine work?

Vaccination against one of the most formidable infections, which kills tens of thousands of people every year, does not work like a cure. She does not save those who are already sick, as many people think. Any flu shot is a remedy that helps to launch the body's own defenses, helps it fight infection, preparing it to face the virus.

What is the composition of the flu shot? It may differ as vaccines can be:

live, which include either weakened microorganisms or pathogens that do not cause disease, but contribute to the formation of immunity against influenza;
inactivated, that is, killed.
The latter are obtained by growing the influenza virus on chicken embryos, after which they are cleaned of impurities and neutralized by physical or chemical methods (formaldehyde, ultraviolet radiation, and so on).

Inactivated vaccines, in turn, are subdivided:

for whole virion vaccines - they contain virus particles or virions;
split or purified, which do not contain lipids and chicken protein;
subunit, consisting of only two viral proteins involved in the formation of the immune response.
When to get the flu shot? Depends on the vaccine. You need to carefully read the instructions, they indicate how long the immune defense is being developed. Any flu shot promotes the production of antibodies in the human body. After that, when meeting with a real virus in life, these protective cells begin to act. Human immunity copes with the flu faster and tolerates all symptoms of infection much easier, including no serious complications.

Why you need a flu shot

In our time, so many means of fighting the flu have been invented, why do doctors insist on immunization against this virus? Do I need to be vaccinated and why? What are the pros and cons of getting the flu shot? To answer these questions, you need to remember a few important facts about the virus itself.

1. Everyone knows about the way the flu is transmitted by airborne droplets, but many forget that you can get infected even when talking to a sick person.

2. How the virus spreads

The incubation period of the virus is very short, only 1-2 days, at this time there are no symptoms, and the microorganism is already actively multiplying.

3. The reasons for repeated epidemics of influenza are the unique variability of the proteins of the microorganism, therefore, people who have had one variant of the disease can get sick almost immediately with another type of influenza.

4. The virus multiplies with lightning speed after entering the upper respiratory tract. After only 8 hours, its number increases to thousands.

5. The optimal timing of vaccination against influenza is the beginning of autumn (September and October), since it takes at least 2-4 weeks to develop protection, in January vaccination is practically useless, which must be remembered if there is a desire to be vaccinated.

7. If treatment is started late, in most cases it is already ineffective.

Should an adult be vaccinated against influenza, because his body is easier to tolerate many diseases compared to a child? Vaccination is needed for everyone, especially certain categories of the population that are at risk:

category of people who are often ill for a long time;
people regardless of age with chronic diseases of internal organs;
elderly people;
medical workers;
employees of orphanages, schools and kindergartens;
can i get a flu shot for cancer? - yes, it is shown to all people with reduced immunity;
all people who are in organized groups for a long time (living in a hostel, nursing homes).
How and where to get the flu shot

Where can I get the flu shot? Vaccination is carried out more often in the clinic. But in addition, vaccination can be done in other institutions, where there is a special equipped room and permission to carry out such procedures:

in the medical office of a kindergarten or school;
in equipped offices at enterprises;
in hospitals;
a paid flu shot case